The polish I wore this week was the Sally Hansen Hard As Nails Xtreme Wear nail colour in the shade Orchid Around. I bought this polish back in November for $1.99 at Shoppers Drug Mart. 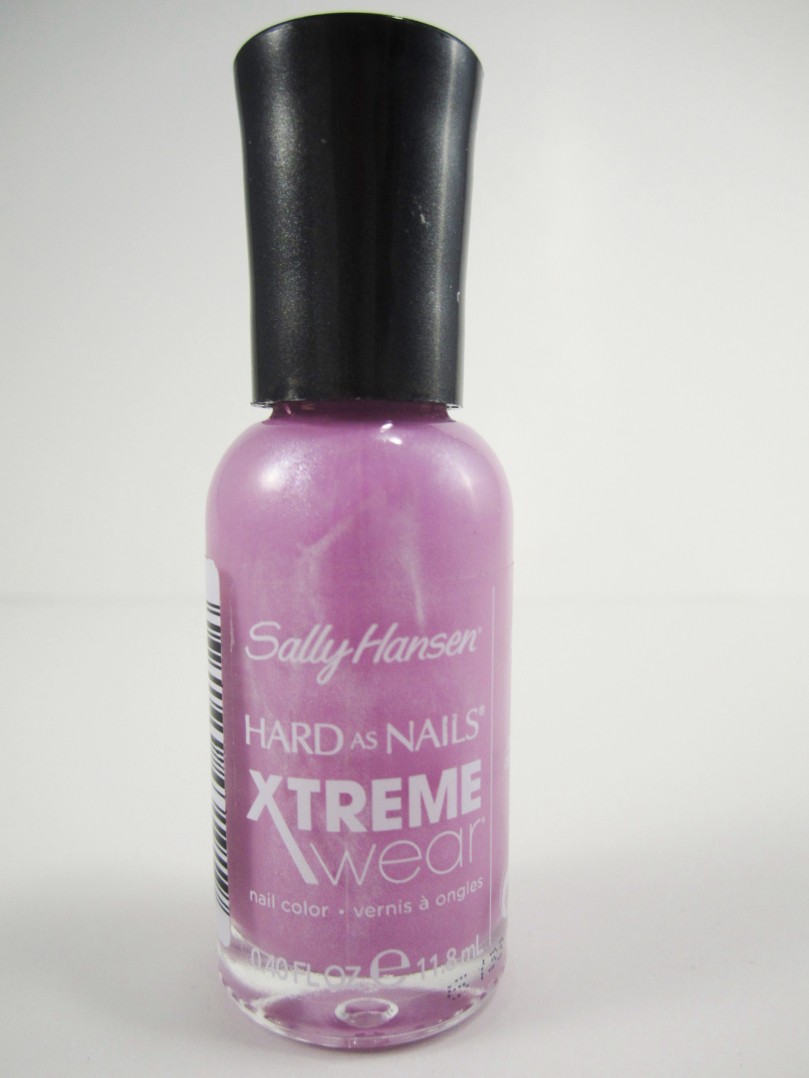 Orchid Around is a shade that I would describe as between medium pink and lilac in a crème finish; “orchid” is actually a very apt name for the colour. I’ve owned many pinks and many lilacs, but have never had a similar shade in my collection before! The polish in the bottle has a gorgeous silver veining of microshimmers. Unfortunately, the shimmers aren’t apparent on the nails at all unless my nails are right in front of someone’s face…which they never are. Very disappointing that the shimmers aren’t very visible, but the colour itself is pretty nonetheless.

In terms of the formula, the thickness is just right – not too goopy and not too thin, and I had no issues with drying time. However, I had slight difficulties with streakiness. The polish was opaque after the second coat, but a bit streaky. This could possibly be due to the brush, which is a typical sized nail polish brush that needs two or three strokes to cover my entire nail. I think I’ve gotten used to the large brushes that cover my whole nail in one coat! It took three coats for me to even everything out.

I wore this with the Essie Grow Stronger Base Coat underneath and Essie Gel Couture Top Coat on top. After seven days of wear, I felt that it lasted as well as most polishes typically do on me, nothing better and nothing worse. There was some regrowth and tip wear, particularly on my middle finger. As usual, my pinkie chip Tina also showed up halfway through the week – welcome back, Tina! None of it is noticeable from far away except for the pinkie chip. 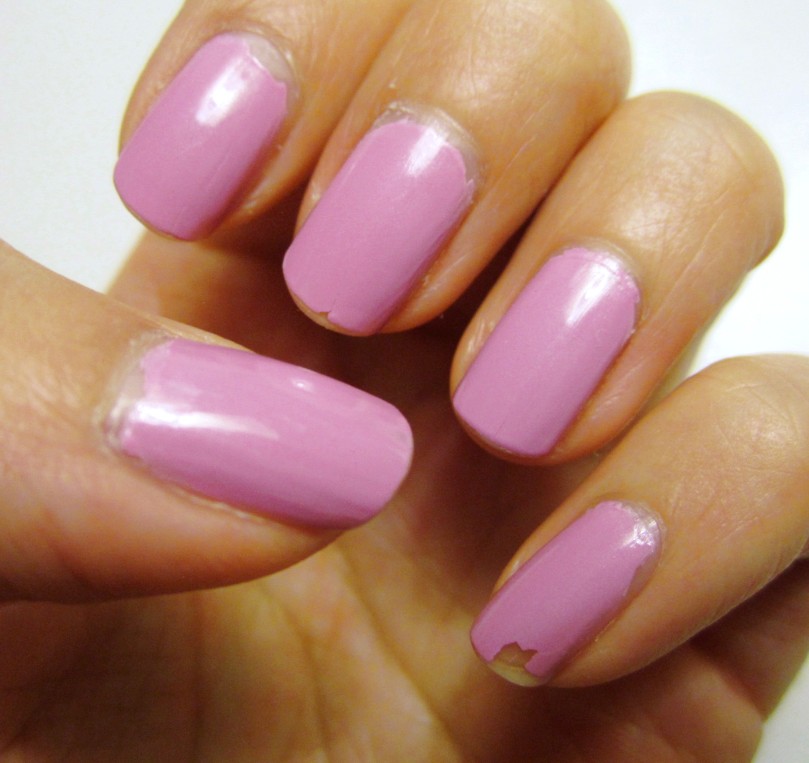 Overall, I love the Hard as Nails Xtreme Wear line. The polishes are very inexpensive, and the formula is great, especially considering the price. I see myself getting a lot of use out of this shade as spring and summer comes!

10 thoughts on “Nail of the Week: Sally Hansen Orchid Around”